All my ramblings mainly about me, Linux and DevOps

Goal: having a new NAS with more capacity (CPU, RAM and storage).

Synology only officially supports 8Gb of RAM on this system but there were stories about the extra RAM possible am I give it a try. So now I have a NAS with 20Gb of RAM.

Synology also does not allow the SSDs NVMEs to function as storage, only as CACHE which was not needed for my workload and I seamed as a challenge.

Login via SSH and excalate to root:

After that, nothing really happens until you go on the 3 dotted menu and select “Online Assemble” and voilá, new SSD Volume for fun with docker and machines.

Be aware that Synology does not support this due to the lack of cooling, so keep an eye on temps!

Another twist in my life occurred. Life at Siemens was good and peaceful and that was the problem. I was becoming frustrated with tons of meetings every day with any pratical outcome and that was making me mad. It was really annoying to hear in every call “Let’s think over a week to decide”…

Not only that but the projects presented were like “How do I use the cloud?” As a Siemens colleague once said “I believe that you will become dumb in here” and it was true… I was feeling that I was becoming dumb.

The company where I am now was searching for someone with my profile so they engaged with me to have a litle talk and I accepted.

The conversation went good and the job seemed cool so I accepted the challenge.

After 2 weeks, my time in work flies like never before, in a better environment than in Siemens (didn’t really think that was possible)!

Just run this simple command on the terminal:

As you might have heard, there are 2 new major vulnerabilities and they are called Meltdown and Spectre.

But I’m here just to show some real effects in AWS Cloud.

Everyone that has any instance at AWS should update their machines.

It’s not yet the final solution but it patches some stuff.

RedHat out-of-the-box (only git was installed) 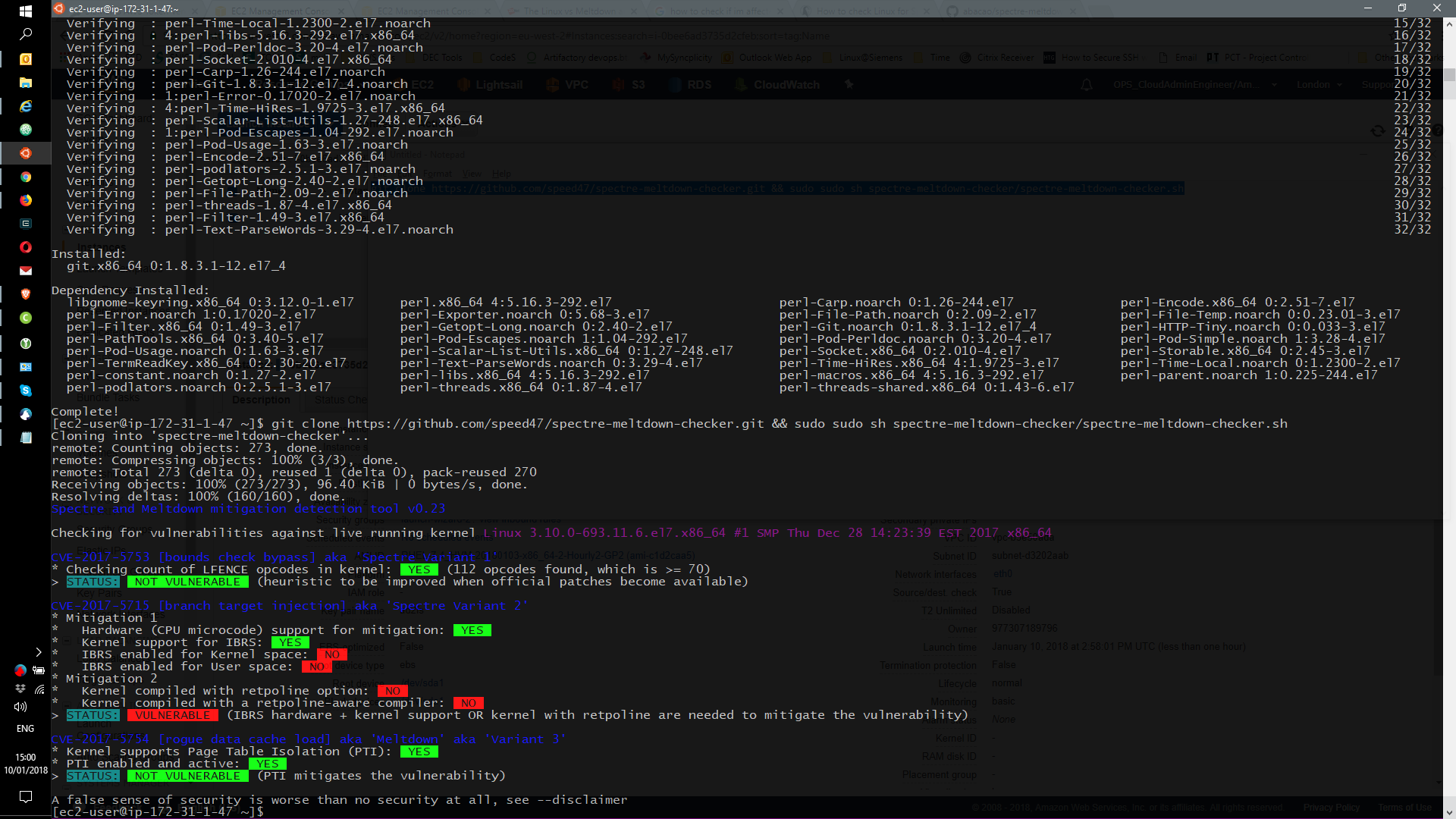 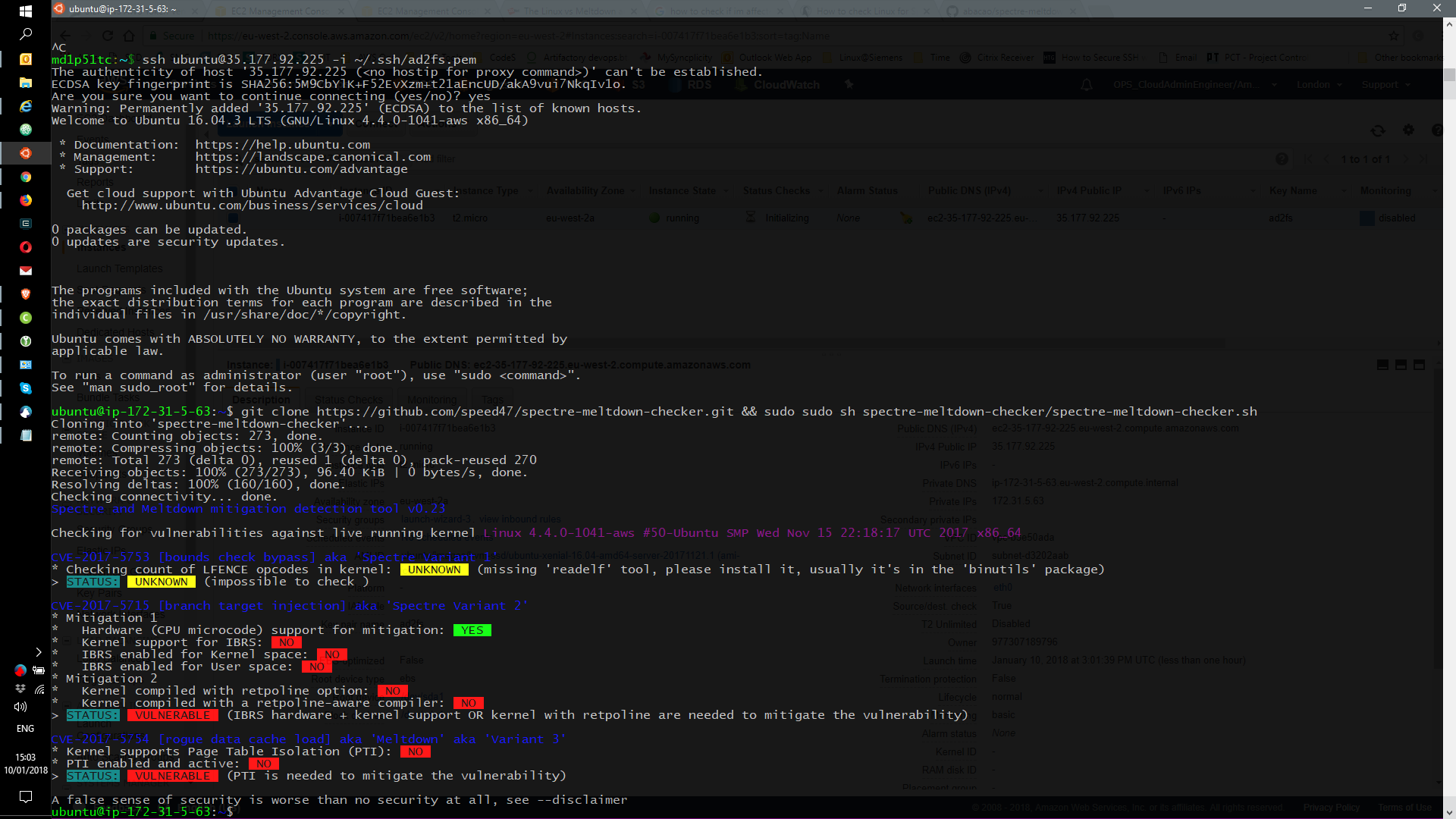 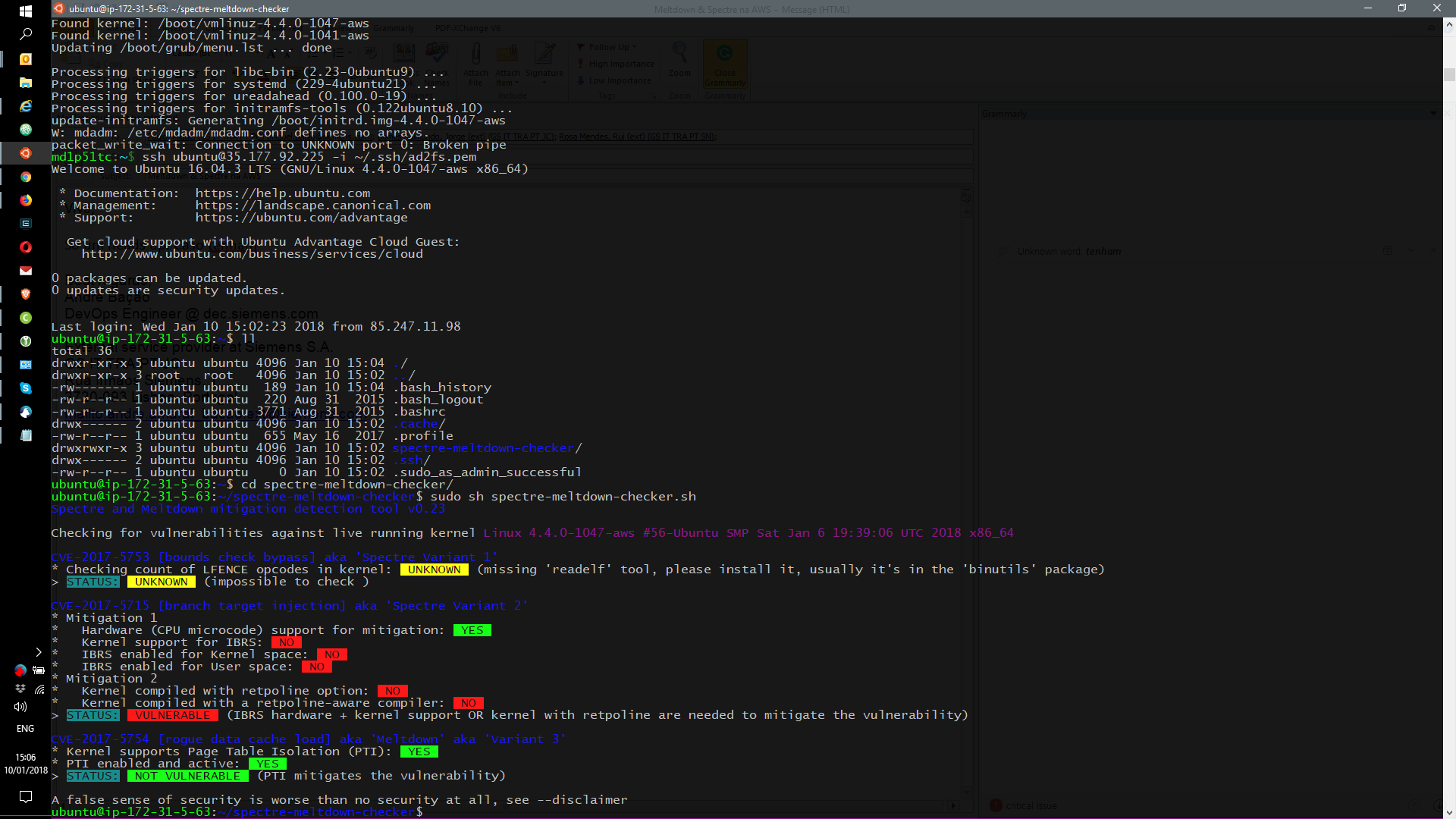